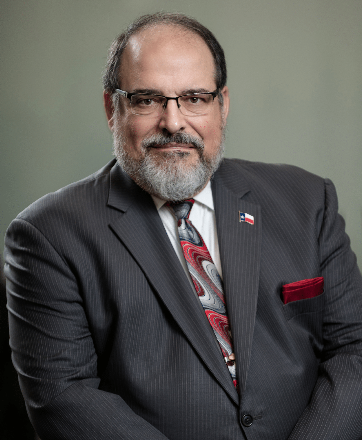 JEFFREY A. HINES graduated from Austin College in Sherman, Texas, with a Bachelor of Arts Degree, Honors in Economics (1976), and received his Doctor of Jurisprudence Degree from the University of Houston Bates College of Law (1979). He served in the Trial Division of the Dallas County (Texas) District Attorney’s Office from 1979-1987, and rose through the ranks to become a Chief Felony Prosecutor. During his tenure there, Mr. Hines tried more than 300 cases to verdict before juries and numerous bench trials, in both County and District courts. He was recognized for his work there by the Dallas County Rape Crisis Center with its Community Service Award. Thereafter, Mr. Hines entered the private practice of law in Plano, Texas, where he expanded his areas of practice to include Probate, Guardianship, Deceptive Trade Practices, Collections, Landlord-Tenant, Probate Litigation, Trust and Estate Administration, Wills, Powers of Attorney, Contracts, Mechanic’s Liens, and Breach of Fiduciary Duty. Mr. Hines is a member of the State Bar of Texas (Criminal Law; Real Estate, Probate and Trust Law; and Litigation Sections). He has been admitted to practice before all the state and county courts in Texas, the United States District Courts for the Northern and Eastern Districts of Texas, the Fifth and Eleventh U. S. Circuit Courts of Appeals, and the United States Supreme Court.

He is currently the President of the George McGarrah Cemetery Association. His Texas roots can be traced back six generations to the time of the Republic of Texas and the founding of Collin County. He has also served as an Elder in the Presbyterian Church (PCUSA) and an Assistant Scoutmaster and Troop Quartermaster of Troop 574 in Carrollton, Texas. He is a Past President of the Dallas Fly Fishers.