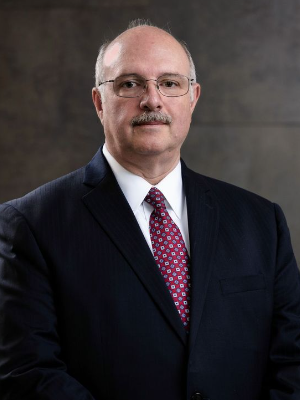 DON WHITE, JR.  AV Rated, received his Bachelor of Business Administration degree, with emphasis in finance, from the University of North Texas (1993) and his law degree from the University of Oklahoma College of Law, with Honors.  He is Board Certified by the Texas Board of Legal Specialization in Commercial and Residential Real Estate Law.

While in Law School, Mr. White attained an Academic Achievement Award in Personal Property Security (U.C.C. Article 9), and another Academic Achievement Award in Payment Systems (U.C.C. Articles 3, 4, 4A). Prior to embarking on his law career, Mr. White spent a decade in the field of automobile dealership management, holding such positions as General Manager, General Sales Manager, and Service Manager. He is licensed to practice in all Texas State courts, the U.S. District Court, Eastern District of Texas and the U.S. Court of Appeals, Fifth Circuit.

Mr. White also has been very successful as a mediator in resolving disputes, as well as serving as Local Counsel.  He has been a Director for the Denton County Alternative Dispute Resolution Program since 2007, and has completed the University of North Texas Mediation Training, satisfying his qualification requirements as a Mediator in accordance with the Texas Civil Practice and Remedies Code Sec. 154.052.  Mr. White has mediated many cases in his career involving general civil litigation, contracts, construction and business disputes.

Mr. White represents such clients as BNSF Railway Company, Bill Utter Ford, James Wood Auto Park, Denton Rehabilitation and Nursing Center, Prestonwood Rehabilitation and Nursing Center, and Greater Denton/Wise County Association of Realtors. Mr. White is a graduate of the Leadership Denton class of 2001. He was selected by Texas Monthly as a Super Lawyer for 2006-Present.