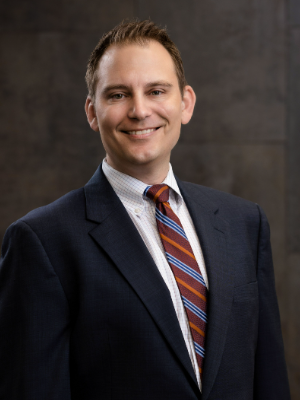 William Scazzero received his Bachelor’s degree in Political Science in 2007, from the University of North Texas, in Denton, where he was a member of Phi Alpha Delta, the UNT chapter of a national Pre-Law Honors Society. Admission to Phi Alpha Delta was predicated on applicants having at least a 3.5 grade average, and the desire to attend law school after graduation. He scored in the 91st percentile on the law school admission exam, and received a scholarship to Southern Methodist University’s Dedman School of Law where he obtained his law degree in 2010. While at SMU, he was elected first Vice President, and then President of the SMU Chapter of the Federalist Society. He served as an intern for the Honorable Judge Sally Montgomery, in Dallas County Court at Law #3 in 2008, and volunteered at that Catholic Charities of Dallas’s legal division from 2010 to 2011.

He has been selected by Texas Monthly as a Texas Super Lawyer Rising Star for 2015, 2016, 2017 and 2018. He received the Superlawyers 2016 Excellence in Practice Award, and the 2016 Martindale Hubble Client Distiction Award.

William has practiced civil litigation in over 20 Counties in Texas. He has tried and successfully defended multi-million dollar civil jury trials, won hundreds of thousands of dollars in summary judgments in counties all over the state, and negotiated multi-million dollar real estate, business law, probate, and oil and gas settlements. William has served as counsel for oil and gas companies, real estate investors, small and large businesses, landowners and homeowners, and cities and towns across North Texas. He is also a qualified mediator in the State of Texas, and an avid fan of local sports teams, and personal recreation.