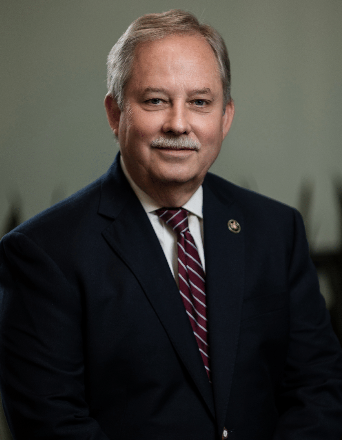 He is Board Certified by the Texas Board of Legal Specialization in both Commercial and Residential Real Estate Law (1987-present). He is licensed to practice in all Texas Courts; the United States District Courts for the Northern, Eastern, Southern and Western Districts of Texas; the Courts of Appeal for the 5th and 11th Circuits; and the Supreme Court of the United States of America. Member: Denton County Bar Association (President 1994-1995), the State Bar of Texas (Litigation and Real Property Sections).

He is Past Chairman of the Board of Directors of the Denton Chamber of Commerce (1994-1995), Past President of the Denton Kiwanis Club (1993-1994), served on the Project Cabinet of Vision for Denton-The 21st Century, and served on the Organizing Committee for the 24th and 25th Annual Texas Special Olympics.

He practices in the areas of government, condemnation, real estate, construction, and civil trial litigation. He has been selected by Texas Monthly as a Texas Super Lawyer for 2003-present.